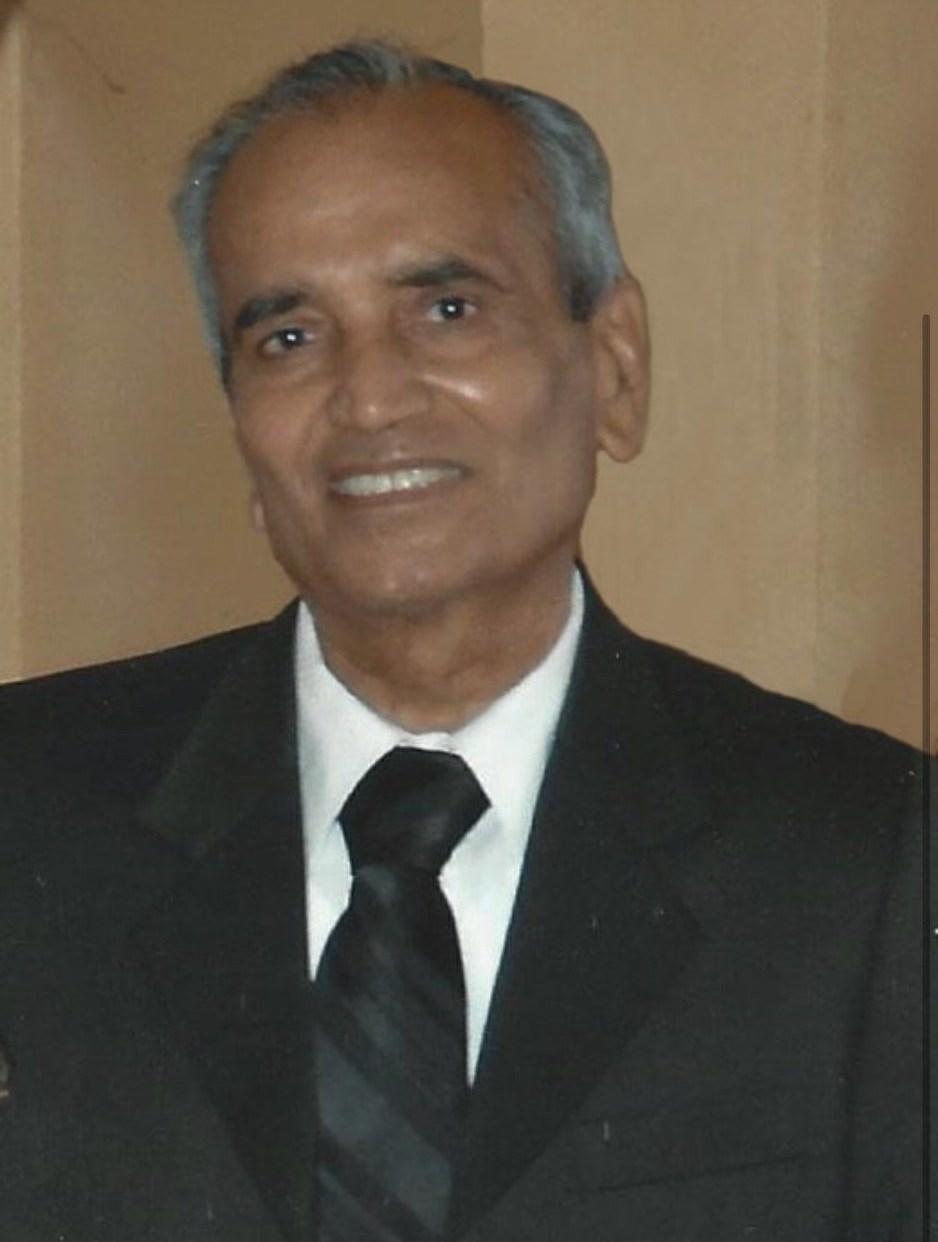 Due to the ongoing covid-19 pandemic, the funeral service will be held privately for invited family members only. A live stream may be viewed on Wednesday beginning at 2 pm at https://www.hdezwebcast.com/show/purshottam-patel

Obituary of Purshottam U. Patel

Please share a memory of Purshottam to include in a keepsake book for family and friends.
View Tribute Book

He held a Master's degree in Inorganic Chemistry. On May 24, 1962 he married Urmila Ashabhai Patel of Bakrol. He immigrated to the United States in 1968. Two years later, in 1970 his wife Urmila joined him, and they started their new life in New Jersey.

His warm heart and open arms allowed his home on Gallini Drive Union (40 year residence) to be a haven for many family and friends, who started their new lives in the United States. His favorite past time was, grocery shopping, watching sports (WWF, Cricket, Baseball, Tennis, and Basketball), watching Jeopardy and Wheel of Fortune, and Word Find Puzzles. He was fondly known as Das, and “Big D”. He leaves behind two daughters, Hetal and Ami, son-in-laws, Rajesh Grover and Rich Capizzano, four grandchildren, Ashay, Avish, Riya, Jaina and his loving wife Urmila.

Due to the ongoing covid-19 pandemic, the funeral service will be held privately for invited family members only. A live stream may be viewed on Wednesday beginning at 2 pm at https://www.hdezwebcast.com/show/purshottam-patel

In lieu of flowers, the family has chosen the following charitable organizations to donate to: Anxiety & Depression Association of America https://members.adaa.org/donations/donate.asp?id=15878 or Parkinson's Foundation https://www.parkinson.org/

If making a donation the following email address (urmilap0203@gmail.com) can be used to notify the family.

Share Your Memory of
Purshottam
Upload Your Memory View All Memories
Be the first to upload a memory!
Share A Memory