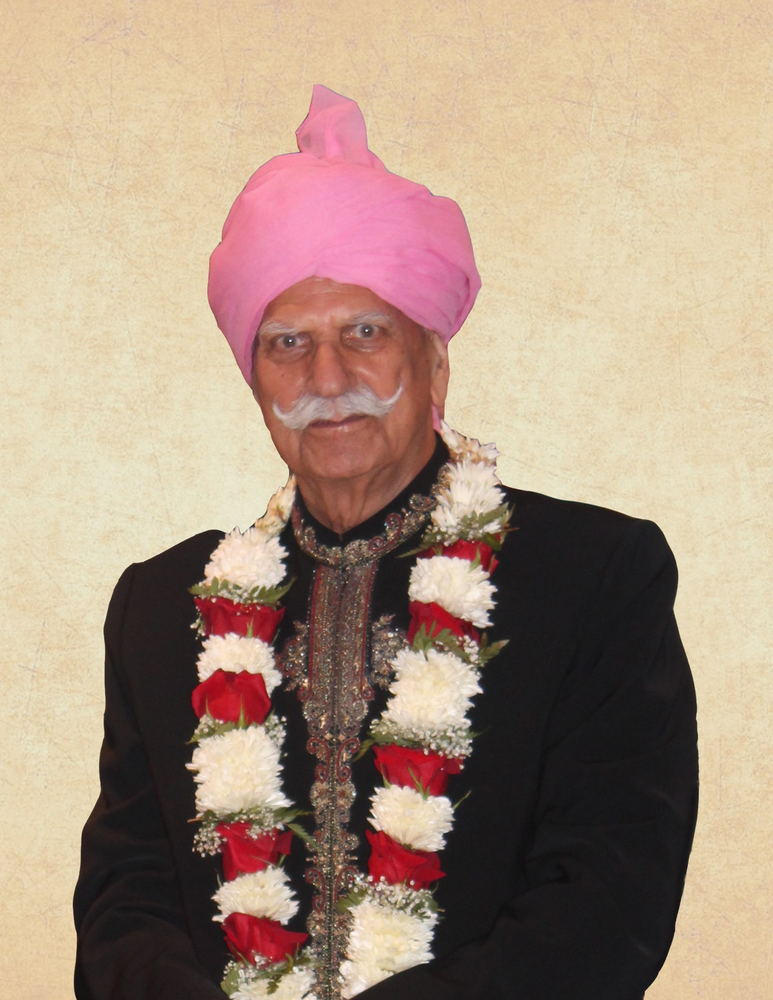 Professor Emeritus, Dr. Maghar Singh Manhas, who taught Organic Chemistry at Stevens Institute of Technology for 40 years, passed away peacefully on January 3rd, 2022 at the age of 99, surrounded by his family. He recently celebrated his 68th wedding anniversary and is survived by his wife, five children, eleven grandchildren, and four great-grandchildren.

Dr. Manhas was born on August 17th, 1922, in Sialkot, India to a well-respected army officer father and a housewife mother. He had two older sisters and was the only one in the family to receive formal education in those times. His father’s one wish was for him to be fully educated so that every future opportunity would be available to him. In turn, Dr. Manhas has ensured that his children and grandchildren have all been educated to at least the collegiate level.

Dr. Manhas earned his undergraduate Science degree in 1943 from Punjab University, his Master’s in Chemistry in 1945, and his Ph.D. from Allahabad University in 1950. He never allowed his commitment to education to falter, despite his family being uprooted and his home being lost during the India-Pakistan Partition in 1947.

In 1960, Dr. Manhas joined Stevens Institute of Technology as a Postdoctoral Research Associate and quickly rose through the ranks to become a Professor of Chemistry in 1970. He retired from Stevens in 1992, and was conferred the honor of Professor Emeritus. He continued to teach at Stevens into the late 1990s and served as an advisor into the early 2000s.  Dr. Manhas received international recognition from the Ranbaxy Pharmaceutical Research Organization, was conferred an Honorary M. Eng. from Stevens in 1974, and was twice awarded the Jess H. Davis Memorial Award for Research Excellence.

During his teaching tenure, he advised over a dozen doctoral students and published over two hundred research papers as well as several books of both scientific and spiritual background. His research was funded by the National Science Foundation, National Institute of Health, Stevens Institute of Technology, and multiple private industries. He was an international subject matter expert on beta-lactams and spoke regularly at several national and international conferences.  He served as a visiting lecturer at universities in Japan and The People’s Republic of China as well as at the Indian Science Congress, the Indian Pharmaceutical Science Association, and the Indian Council of Chemists.

In addition to his academic and scientific accomplishments, Dr. Manhas also heavily contributed to the Rajput Association of North America (RANA) for over thirty years. He was a proud Rajput who encouraged everyone to honor their heritage. Dr. Manhas himself focused his attention on the analysis of Hinduism through the eyes of a scientist. He spoke five languages (Punjabi, Hindi, Dogri, Urdu, and English) which enhanced his ability to connect with people of diverse backgrounds and create lasting international friendships. Despite his humble beginnings, Dr. Manhas succeeded in life through hard work, sacrifice, and selfless service to a countless number of people. He kept a positive and cheerful attitude and was a source of inspiration to all who crossed his path.

After more than five decades of service to his family, friends, Stevens, and RANA, Dr. Manhas is remembered as a deeply determined educator who dedicated his lifelong journey to his family and to his students.  He strove for his disciples to achieve their very best, Per Aspera Ad Astra.

Share Your Memory of
Dr. Maghar
Upload Your Memory View All Memories
Be the first to upload a memory!
Share A Memory