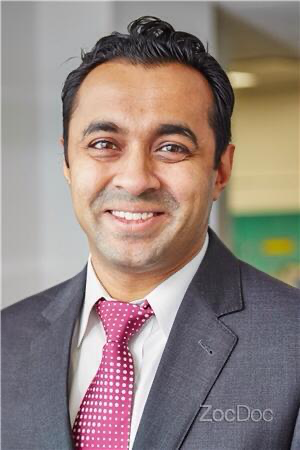 Please share a memory of Neil to include in a keepsake book for family and friends.
View Tribute Book

Neil Suresh Patel, age 45, passed away on Thursday, January 6, 2022.  He was born in Pointe Claire, Quebec, Canada, and was raised in Watchung, NJ. Neil had been a New York resident since 1996.

Neil began his education at Bayberry School in Watchung and continued to Watchung Hills Regional High School. Neil furthered his education at Columbia University earning both his bachelor’s degree in applied mathematics and his master’s degree in applied physics, followed by earning his medical degree at SUNY Downstate Medical Center in Brooklyn, NY.  After graduating from medical school, he completed his residency in ophthalmology at the New York Ear and Eye Infirmary of Mount Sinai and completed his fellowship in vitreoretinal diseases and surgery at University of California, Irvine, School of Medicine.  Neil returned to New York City and served as the president and founder of New York Ophthalmology.

He was an avid reader, had a passion for surfing, and enjoyed tending to his rooftop garden in New York City.  His greatest joy in life was spending time with his family and friends and caring for his patients.

Share Your Memory of
Neil
Upload Your Memory View All Memories
Be the first to upload a memory!
Share A Memory