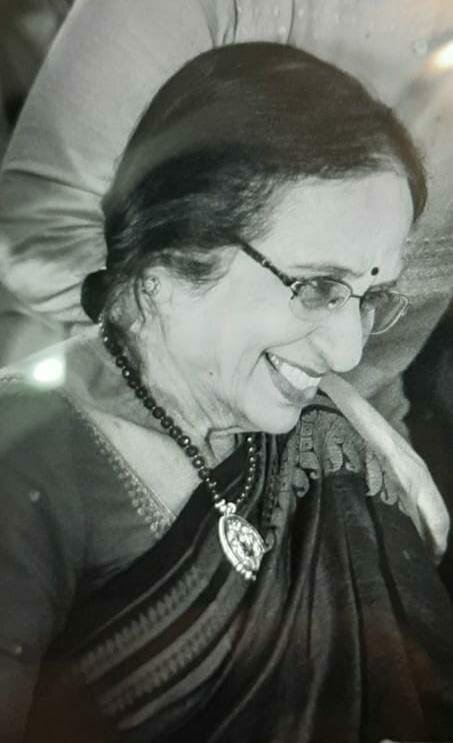 Please share a memory of Usha to include in a keepsake book for family and friends.
View Tribute Book

Usha Dinesh Pitolwala was born in 1948 in Ujjain, Madhya Pradesh, but her legacy stretches far beyond that city’s limits. From Ujjain to Pitol, Dahod to Baroda, Ahmedabad to Dubai, Nutley to Warren—wherever she went, she strengthened communities. She married her husband Dinesh Ochhavlal Pitolwala at 24, which was considered late for her generation, because she was adamant about completing her education before marriage. With a Master’s in Sociology, she was the most highly educated woman in her family, but she said that she was even more proud of her “Maa” degree than her “M.A.” Her four daughters, Rachana, Nirali, Trupti, and Puja, have one of the most unique sisterly bonds in the world, thanks to how their mother raised them.

Her grace, loyalty, and warmth united a huge joint family through joy and hardship, and her memory will nurture that unity for decades to come. We remember her for her world famous Daal Bati and Sizzler, vivacious selfies, gentle-yet-firm mannerisms, infectious laughter, love for nature, passion for travel, spiritual wisdom, enthusiasm for life, and so much more. She lives on in the hearts of her daughters and their husbands, grandchildren, brother, sisters and brothers in law, nieces and nephews, and friends and neighbors.

Share Your Memory of
Usha
Upload Your Memory View All Memories
Be the first to upload a memory!
Share A Memory